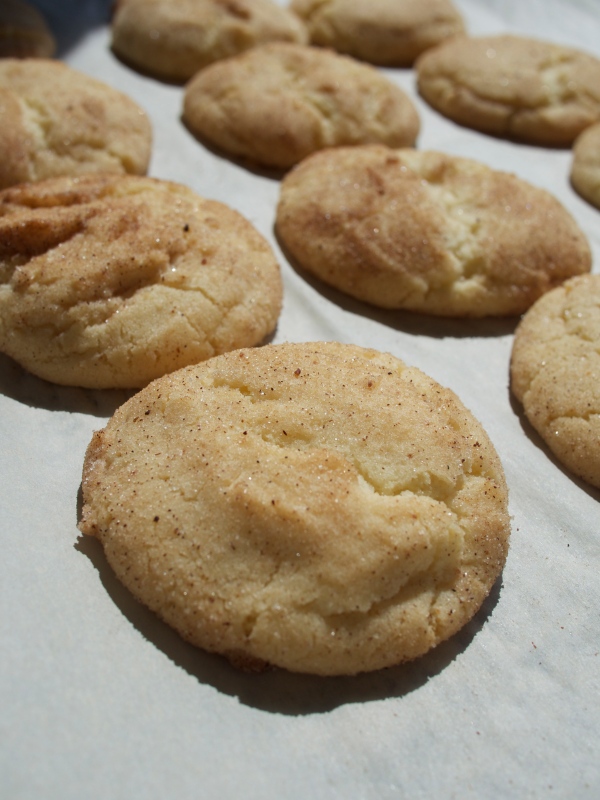 I get the craving to bake cookies about once a week. Usually I resist the urge and stick to my normal breads and things, but last week I caved. I really wanted a soft, fresh cookie straight from the oven. I’m sure the boyfriend doesn’t mind this one bit either.

Snickerdoodles are one of those cookies that you know will almost always turn out perfectly and that everyone will love. It’s a classic. They’re like a sugar cookie with extra fluffy cinnamon goodness. And while I know I could look on the internet for the answer, I just don’t get why cream of tarter makes that much of a difference and why it isn’t used in more recipes. Ok, hang out – I have to find out now…

Huh. I had no idea that cream of tarter is harvested from the insides of wine casks! Makes me want to use more of it. Anyway, back to the cookies!

Now, like I said – everyone loves a good snickerdoodle, but wouldn’t it be fun to change it up a bit? Add a little bit more jazz to the classic favorite? Yeah, I thought so too, so I played around with a basic recipe to make it more interesting. Instead of regular butter, I used browned butter (A favorite here at Latest Loaf). It just gives a slight nuttiness to the cookie that makes you stop and go ‘mmm, something is different, but I’m not sure what’ in a really good way. Second, instead of just using cinnamon, I used pumpkin pie spice to roll the cookie dough in.

Full disclosure: I wish I had used pumpkin puree and more pumpkin pie spice to make these full on pumpkin snickerdoodles. If you want to do that, I would suggest using something like this or see the note at the bottom. Adapted from Lovin’ in the Oven:

Preheat the oven to 350 degrees.

Step One, Brown the Butter

In a small sauce pan, put the butter on medium heat. It will get bubbly and within about five minutes, will start to have a nutty aroma and get slightly browned. Take off the heat when it does, as it will quickly burn. Set aside while you combine the other ingredients.

Combine the flour, baking soda, cream of tarter, cinnamon, and salt in a medium bowl and set aside. Once the butter is completely cooled, combine the butter and sugar in a stand-mixer and cream for a few minutes. Add in vanilla and eggs, one at a time. Slowly start incorporating in the dry ingredients you combined prior. Mix until all together.

With your hands, roll about 1in diameter balls of dough. Combine the remaining sugar and spices in a small bowl, and toss the dough balls through the mixture. Place the dough on to a parchment lined cookie sheet and bake for 10 to 12 minutes, depending on your oven.

In my opinion, these are best day of. They start to get hard pretty quickly, so I suggest enjoying these as quickly as possible. Otherwise, store in an airtight container.

Pumpkin Note: This recipe can be even more pumpkin-y by adding in pumpkin puree (which I would have done had I had some on hand. If you want to do that, add 3/4 cup pumpkin puree to the wet ingredients, and up the flour by 1 cup to 3 3/4 cup flour. This makes a lot of cookies. Beware! 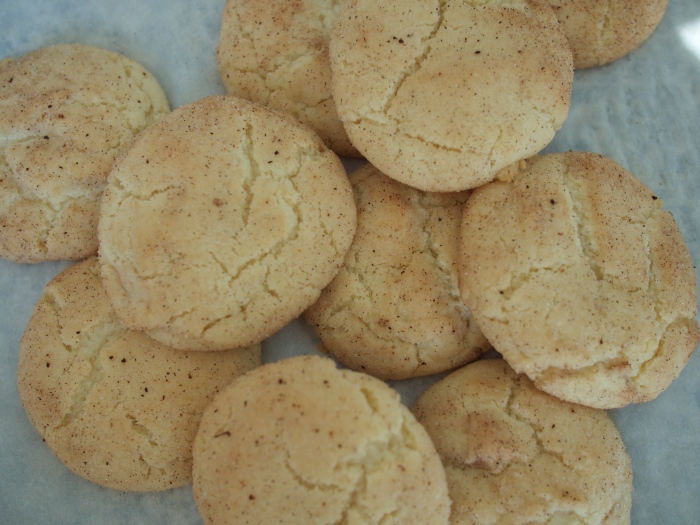